Moths (Lepidoptera) from the Five Islands, Trinidad and Tobago, Including New Country Records

The Five Islands are a group of very small, uninhabited low islands lying about 2km south of Trinidad’s north-west peninsula, of which Nelson Island and Caledonia Island are the largest. A 125W mercury vapour light trap was run for two nights on each island in January 1981 and a total of 50 species of moths identified. Sixteen of these are here also recorded from Trinidad for the first time.  Comparisons are made with the known fauna of other islands off the north-west peninsula of Trinidad, Trinidad itself and Tobago. 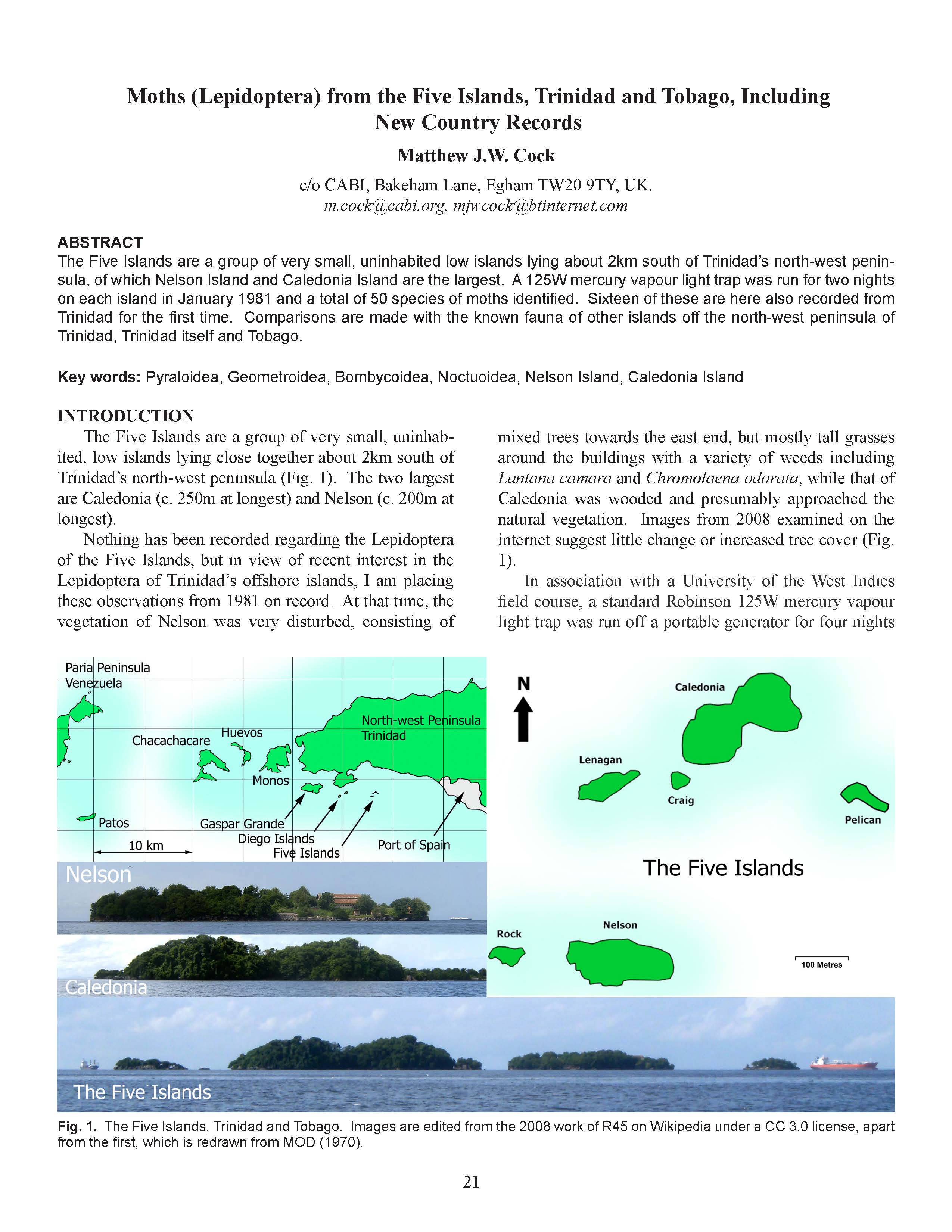