The first sightings of the Red eared pond slider Trachemys scripta elegans in Trinidad were documented by Mohammed et al. (2010). That data included sightings from 2000 to 2010, and anecdotal records dating back to the late 1980’s (Mohammed et al. 2010). This species is aggressive, and competes both for food and basking resources with our native wild freshwater turtles (Cadi and Joly 2003)  making this a potential aquatic alien invasive species. 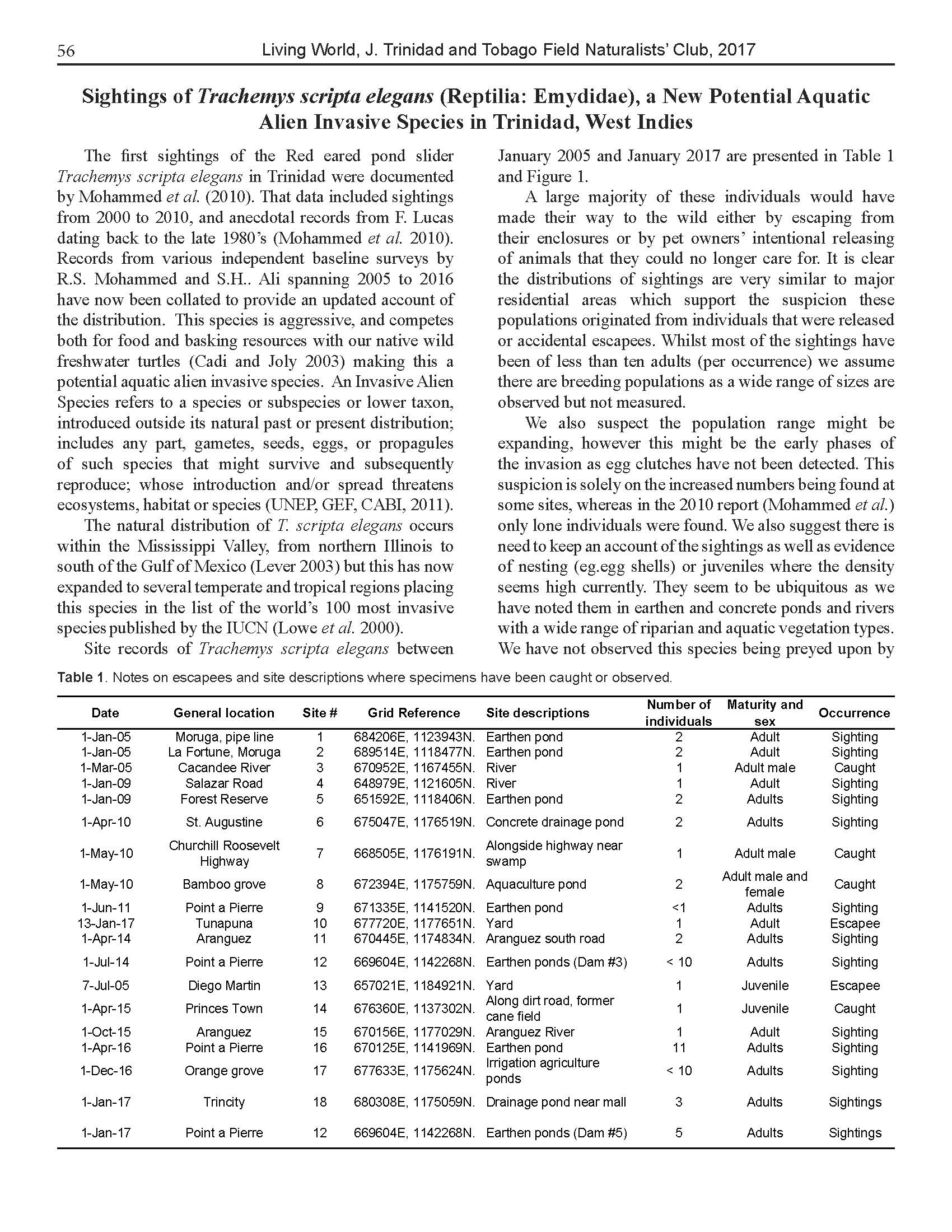