A Preliminary Survey for Spiders on Montserrat, West Indies

During a two-week period in September 2009, a wide variety of habitats on the island of Montserrat, West Indies, were surveyed for the presence of spiders. When compared to the results of previous surveys in the Eastern Caribbean islands, natural habitats in Montserrat at a high altitude showed a higher species richness than those at a lower altitude. Also, like a previous survey in Grenada, Montserrat produced a higher species in natural habitats compared to those that were man-made or influenced by human activity. Members of the families Araneidae and Salticidae comprised almost half of the species found. Twenty-one localities were surveyed from 13 habitats, including five man-made habitats. Seventeen families representing 43 species were collected. 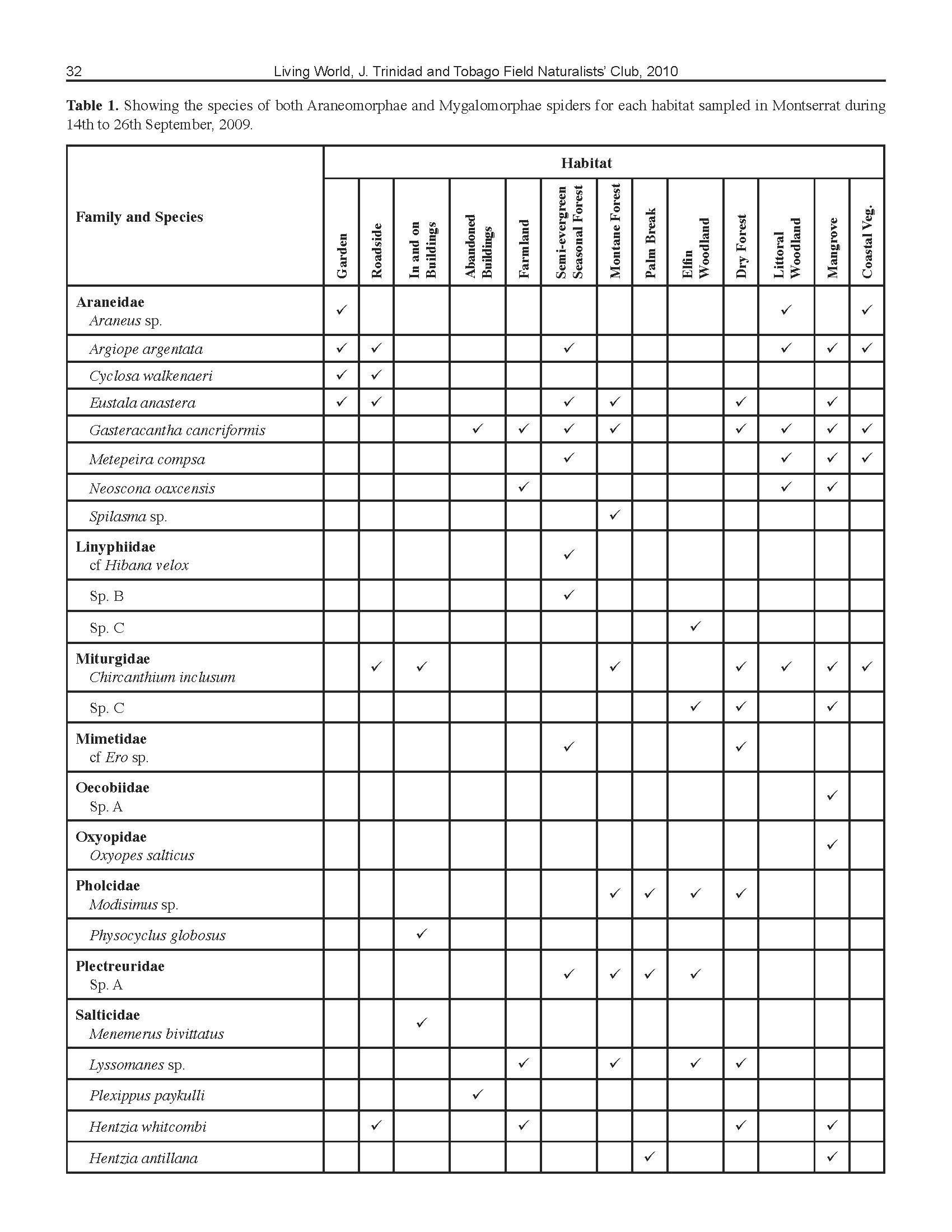