In September 2016 several old nests and one active nest of Trypoxylon albitarse were found in a roadside shed about two kilometers north of Roxborough, Tobago. A follow-up survey in February 2017 revealed nests in the same locality and five others. Present indications, then, are that Tobago is now home to at least one diffuse population of T. albitarse. As evidenced by the many emergence holes of adult offspring, the population appears to be flourishing. 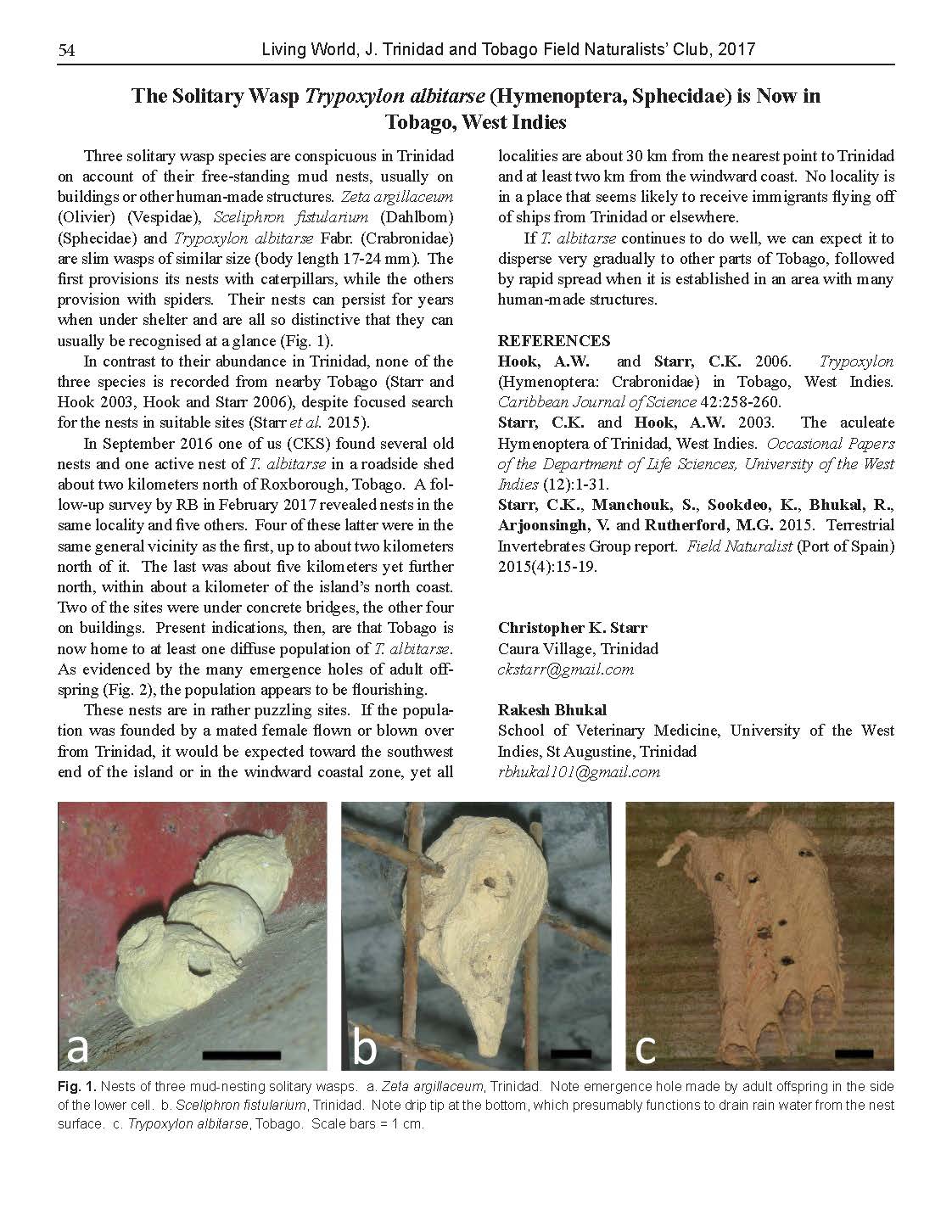