Food and Feeding Behaviour of the Nocturnal Neotropical Gecko Thecadactylus rapicauda (Houttuyn) in a Dwelling House in Trinidad, West Indies

Thecadactylus rapicauda is a sit-and-wait predator. In ambush on a vertical surface it prefers a vertical orientation to a horizontal one. Its diet includes a wide variety of insects, at least one spider and some vertebrates. The insects come mainly from the orders Lepidoptera and Orthoptera. Three vertebrate species are recorded as prey for the first time. They are the frog Scinax rubra and the lizards Gonatodes vittatus and Tropidurus plica. Though basically nocturnal, T. rapicauda spends some time hunting by day and eats diurnal species as well as nocturnal ones. It prefers big prey to small prey and uses a head-down posture when battering its prey items to death before swallowing them. An argument is advanced to show that as the force of battering increased through the preferential selection of big prey, the need for a secure foothold on the vertical surface increased and led to the evolution of the highly effective adhesive pads on the digits. Only a few observations have been made on the feeding of the spider Avicularia avicularia, but from these it is deduced that it is a direct competitor of T. rapicauda. The two species eat each other. 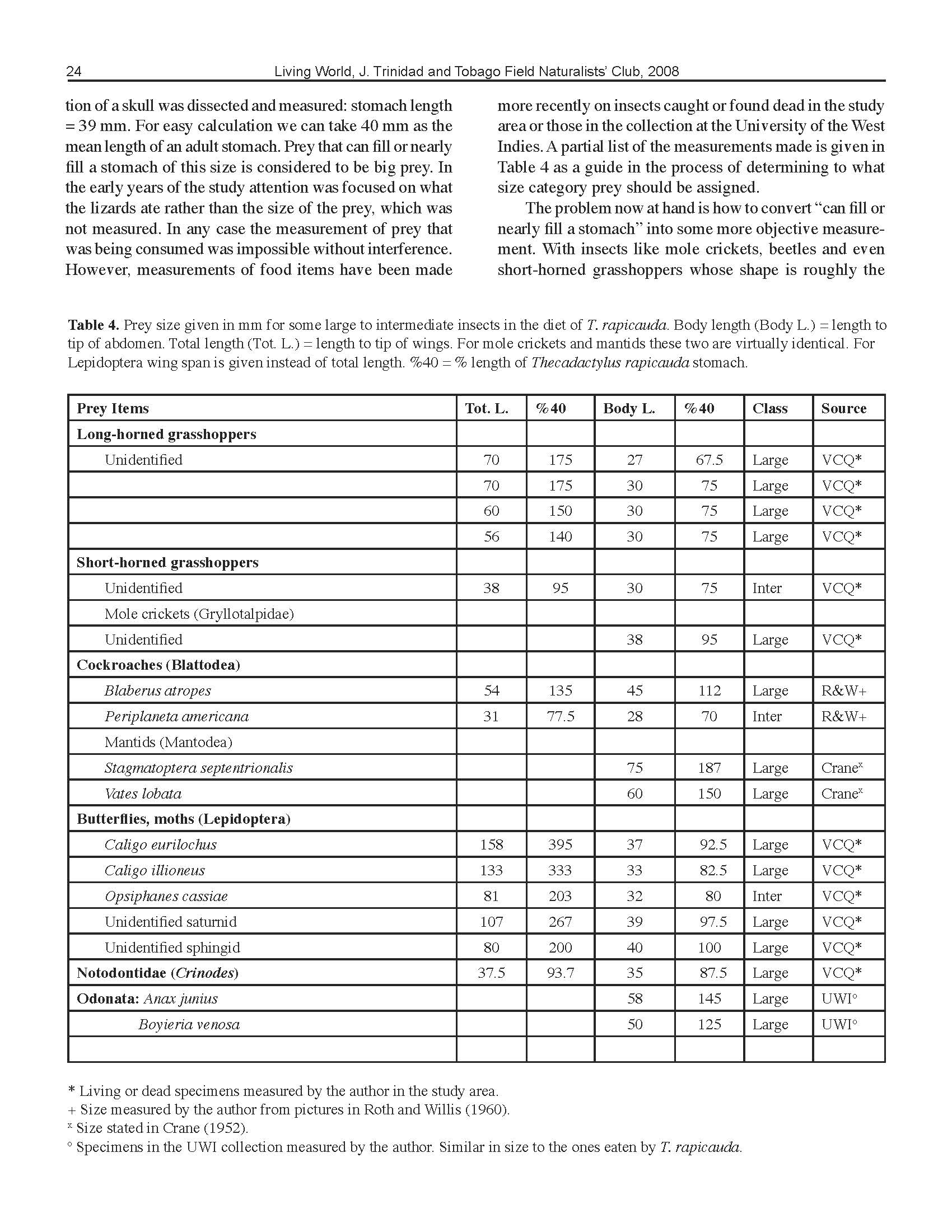