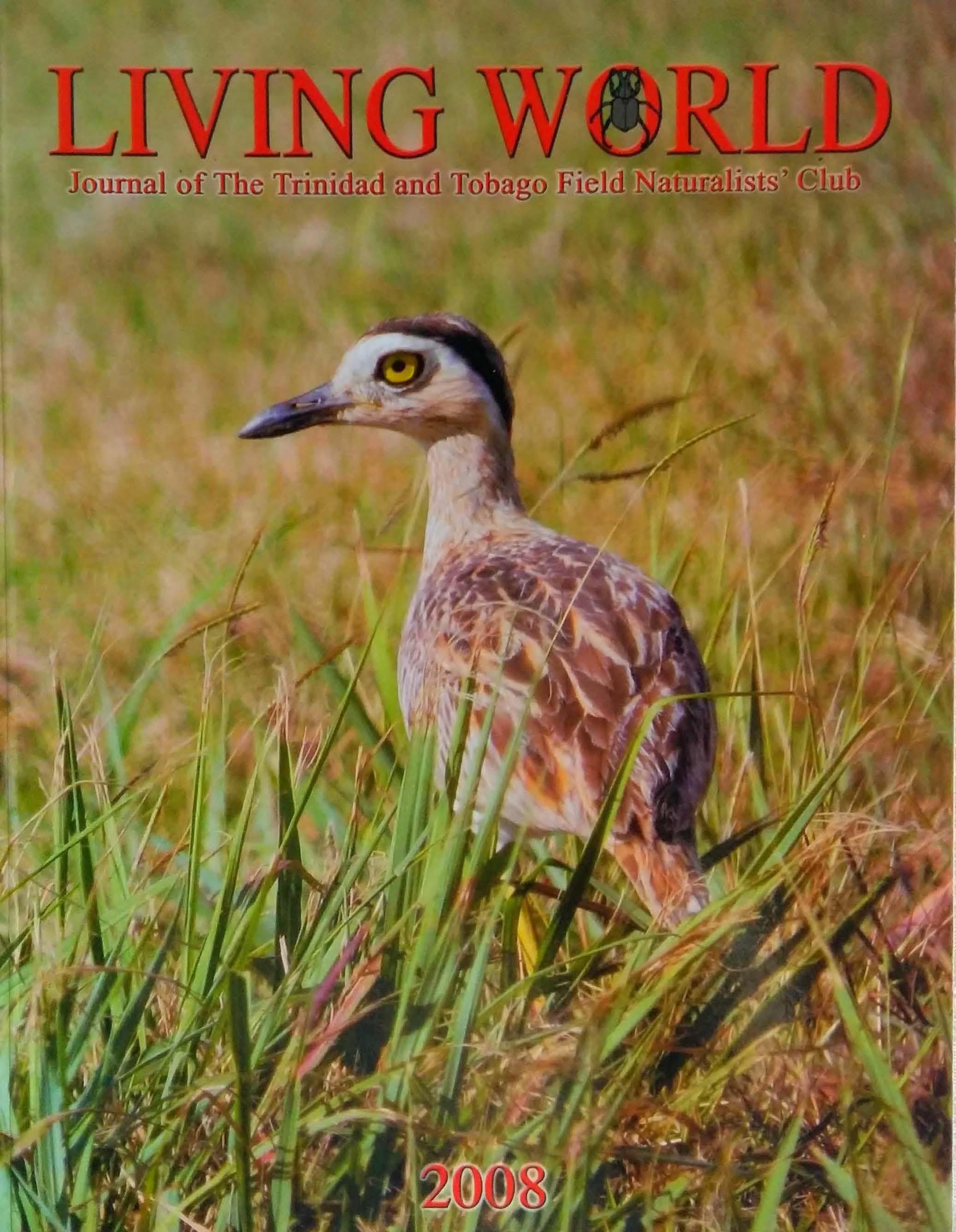 This issue contains ten research papers, the annual report of the T&T Rare Bird Committee, six nature notes, two book reviews as well as a review of rodent species in the Caribbean.

Cover Photograph: The Double-striped Thick-knee, Burhinus bistriatus is a large inland shorebird associated with open country. Unlike most shorebirds they are nocturnal, hence their large eyes. This species occasionally wanders across to Trinidad or Tobago from Venezuela. This one, only the second record for Tobago, was photographed at the Hilton Golf course,Lowlands on 25 February, 2007. (Photo -David Ascanio, Victor Emanuel Nature Tours)