Excavation of units to assess the structural integrity of the Red House’s foundation yielded pre-Columbian and pre-Colonial artefacts, including several species of bivalves and gastropods. Identification of these remains using several identification keys and plates produced a checklist of 38 species of which 14 were bivalves belonging to nine families and 24 were gastropods, representing 20 families. Whilst most of the identified molluscs occupy marine environments, species from terrestrial, fresh and brackish water environments were also present. Several of the shells, in particular those belonging to Crassostrea rhizophorae as well as Melongena melongena bore harvesting holes, implying their possible use as food in nearby settlements. The diversity of species collected from the test units alludes to the rich biodiversity present prior to the infrastructural development of Port of Spain and the construction of the Red House. 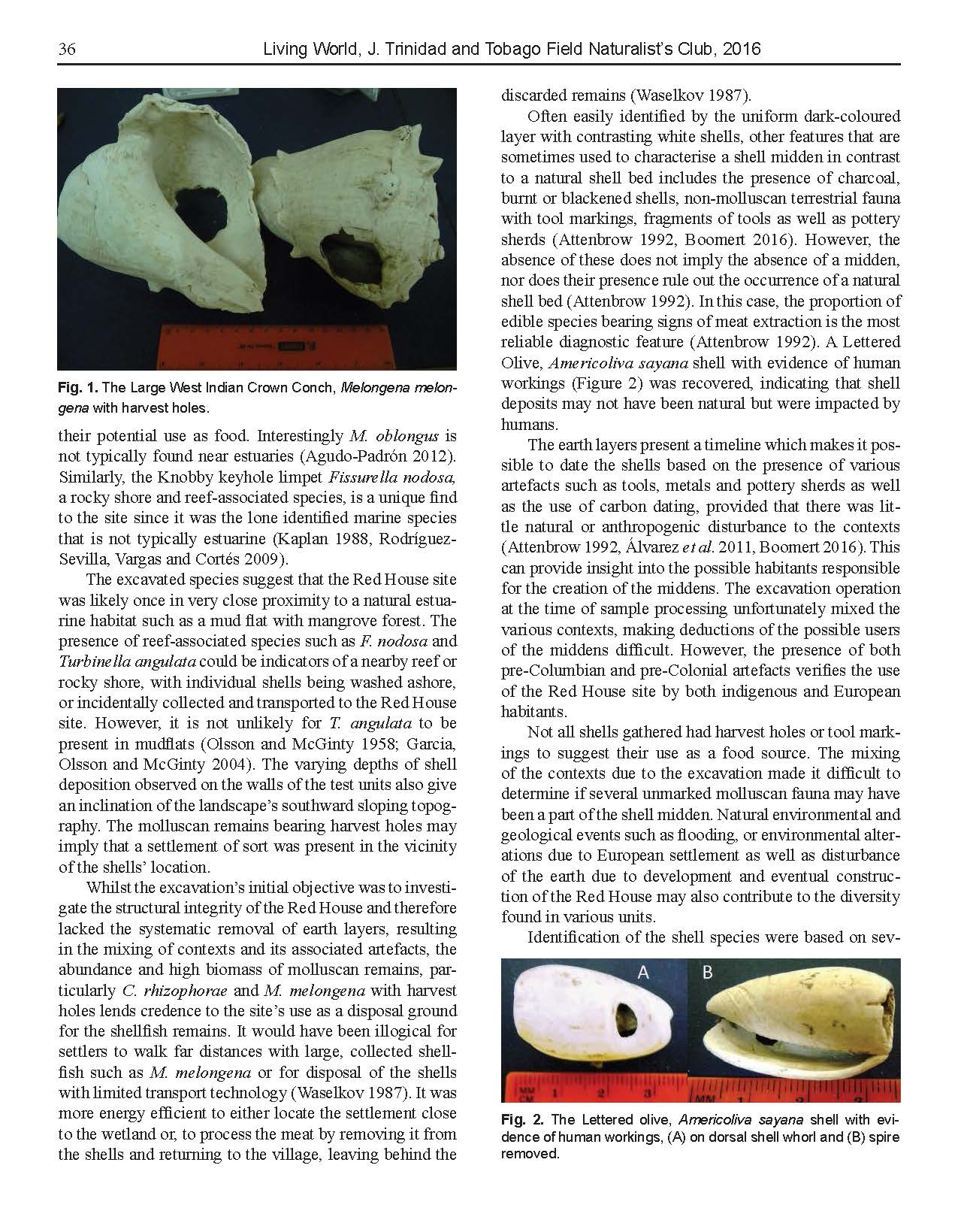