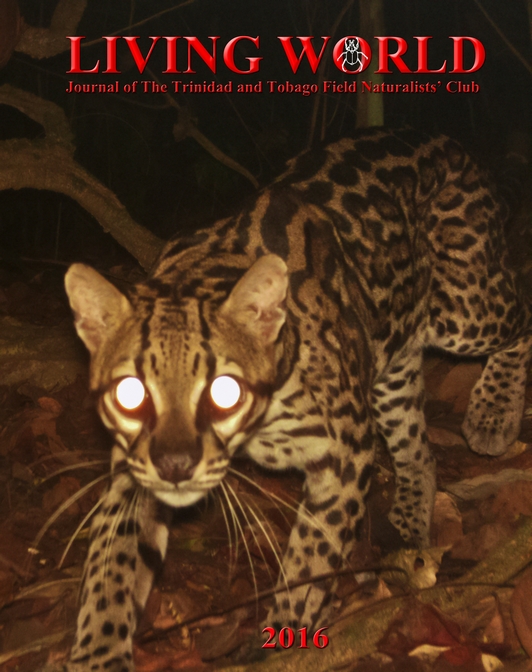 Cover Photograph: The ocelot, Leopardus pardalis, is our only documented native species of cat. Rarely seen and typically nocturnal, its status on the island is poorly understood but it is known to exist in forested areas throughout Trinidad. This individual was photographed in Cat's Hill during a camera trapping exercise in 2013.