An illustrated and annotated catalogue is presented of 84 species of Sphingidae confirmed to occur in Trinidad. Adhemarius daphne (Boisduval), Aleuron chloroptera (Perty), Nyceryx stuarti (Rothschild) and Erinnyis impunctata Rothschild & Jordan are new records for Trinidad. In addition, five prior species records have not been confirmed, and seven reported species are considered to be in error. Images of living adults of 33 species and the early stages of six species are included. Very little has been recorded regarding food plants and early stages in Trinidad, but known food plants from elsewhere in the Neotropics are tabulated, as are data of the months of capture and localities in suburban and forested localities in Trinidad. 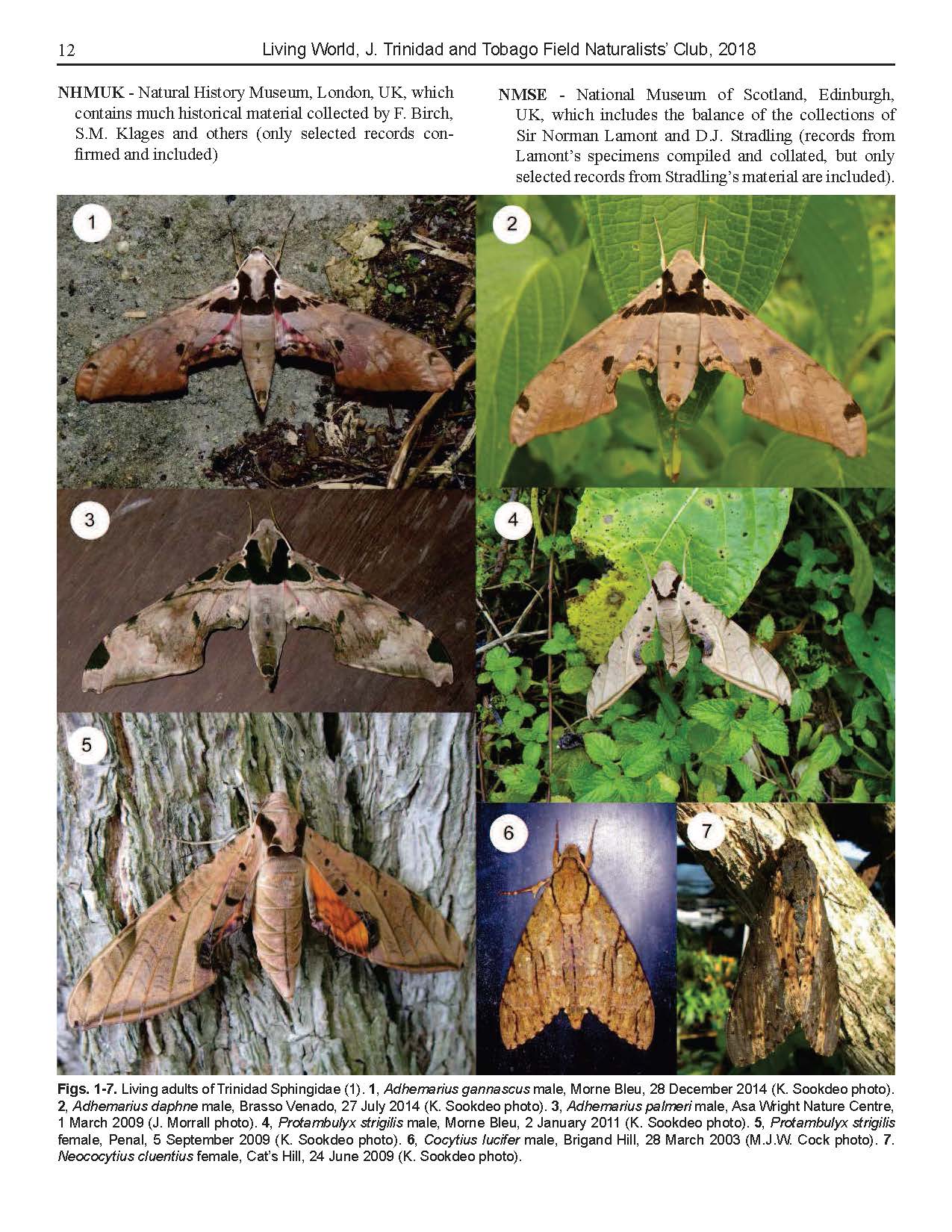