Comparative Activity Patterns of Some Neotropical Bees in a Suburban Area in Trinidad, West Indies

Flower visitation rates of five common bees to Antigonon leptopus are compared during an early morning and a late morning period in Trinidad, West Indies.  Throughout the day three highly social bees (Apis mellifera, Partamona nigrior and Trigona nigra) were more abundant, overall, at flowers than two solitary bees (Ceratina sp. and Pereirapis sp.).  As predicted, there was a significant proportional shift from the social to the solitary species between the early and late morning. In contrast, there was a significant shift from smaller to larger bees between the early and late morning, which is contrary to the prediction.  This however, is considered inconclusive, as the large bees comprised a single highly social species. 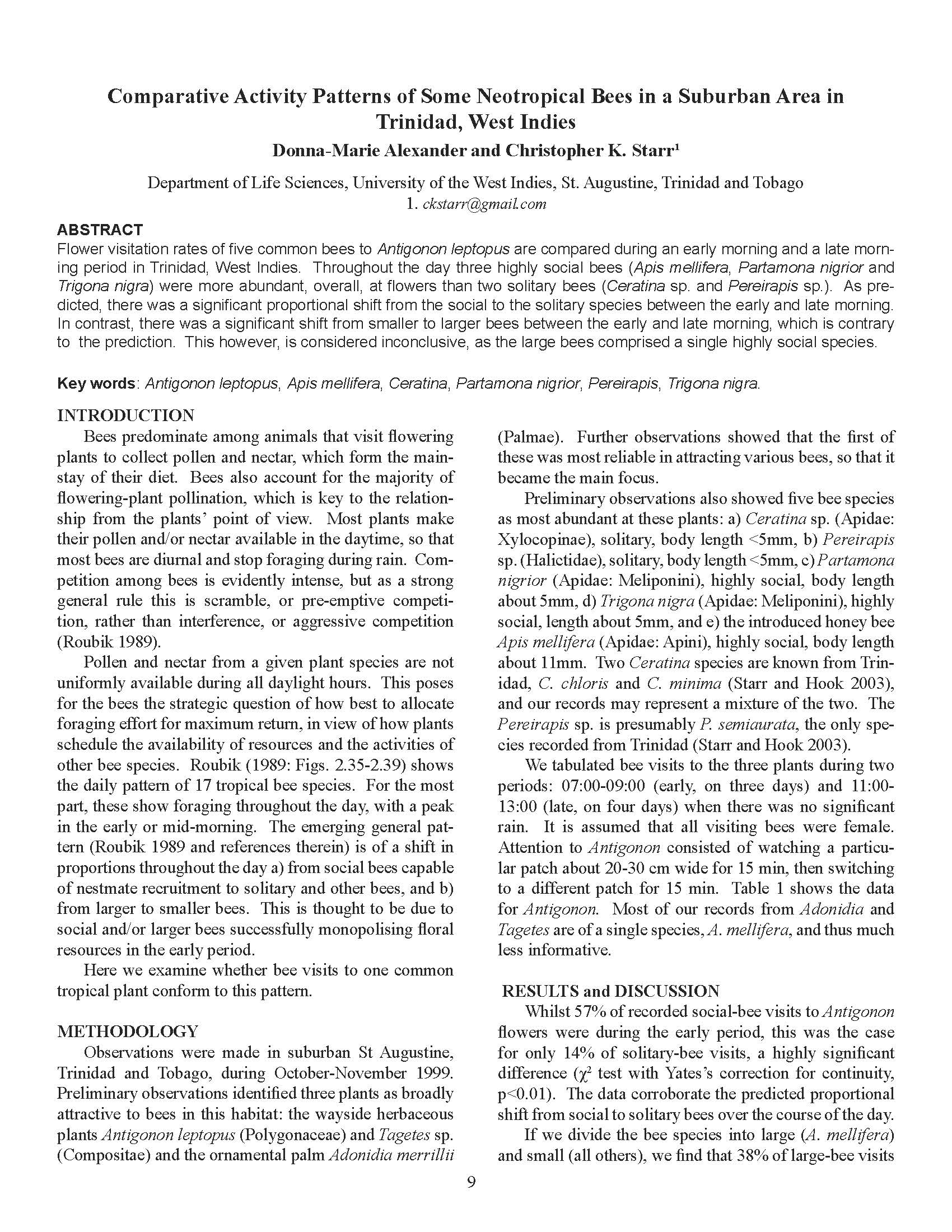