On 28 March 2016 at approximately 1100h a Common Black Hawk, Buteogallus anthracinus was seen next to the mouth of Cumaca Cave with a dead oilbird, Steatornis caripensis clutched in its talons. My appearance startled the hawk and caused it to fly off dropping the chick to the ground. The hawk had not had time to start consuming the chick beyond tearing open the lower abdomen and pulling out a length of intestine. I have been unable to find any references on predation on oilbird chicks by hawks so this is possibly a first record. 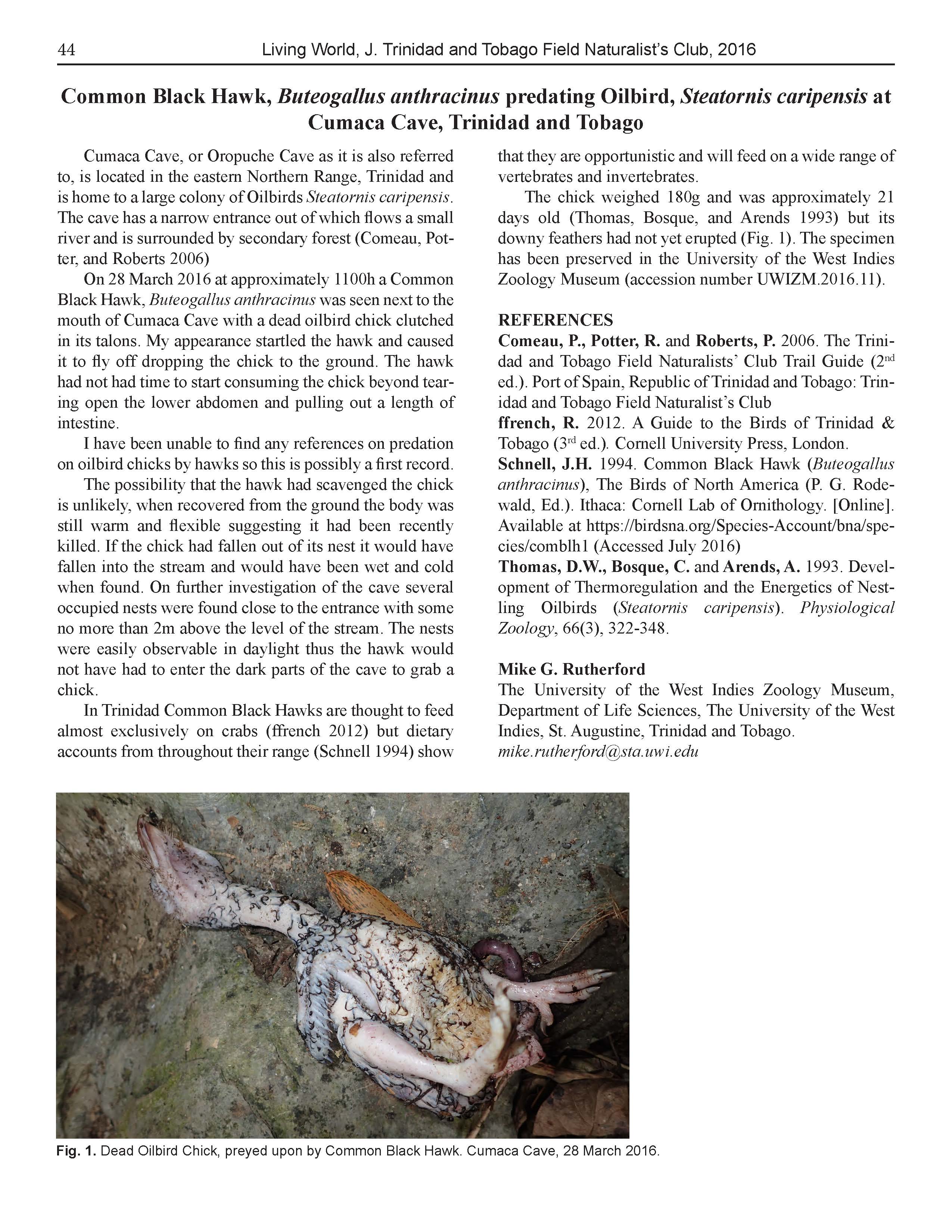