The occasional presence of capybaras in Trinidad is well known (Kenny, 2008) but most reports suggest that they are found in the southwest peninsula of the island and have arrived there naturally after having swum or been washed across the Columbus Channel. However, over the last few years there have been anecdotal reports of capybaras being seen in the Caroni River basin (Mark Charran and Shawn Madoo, personal communication). A comprehensive review of the scientific literature found no record of capybaras at this location. Here I report on the results of a short term camera trapping project. 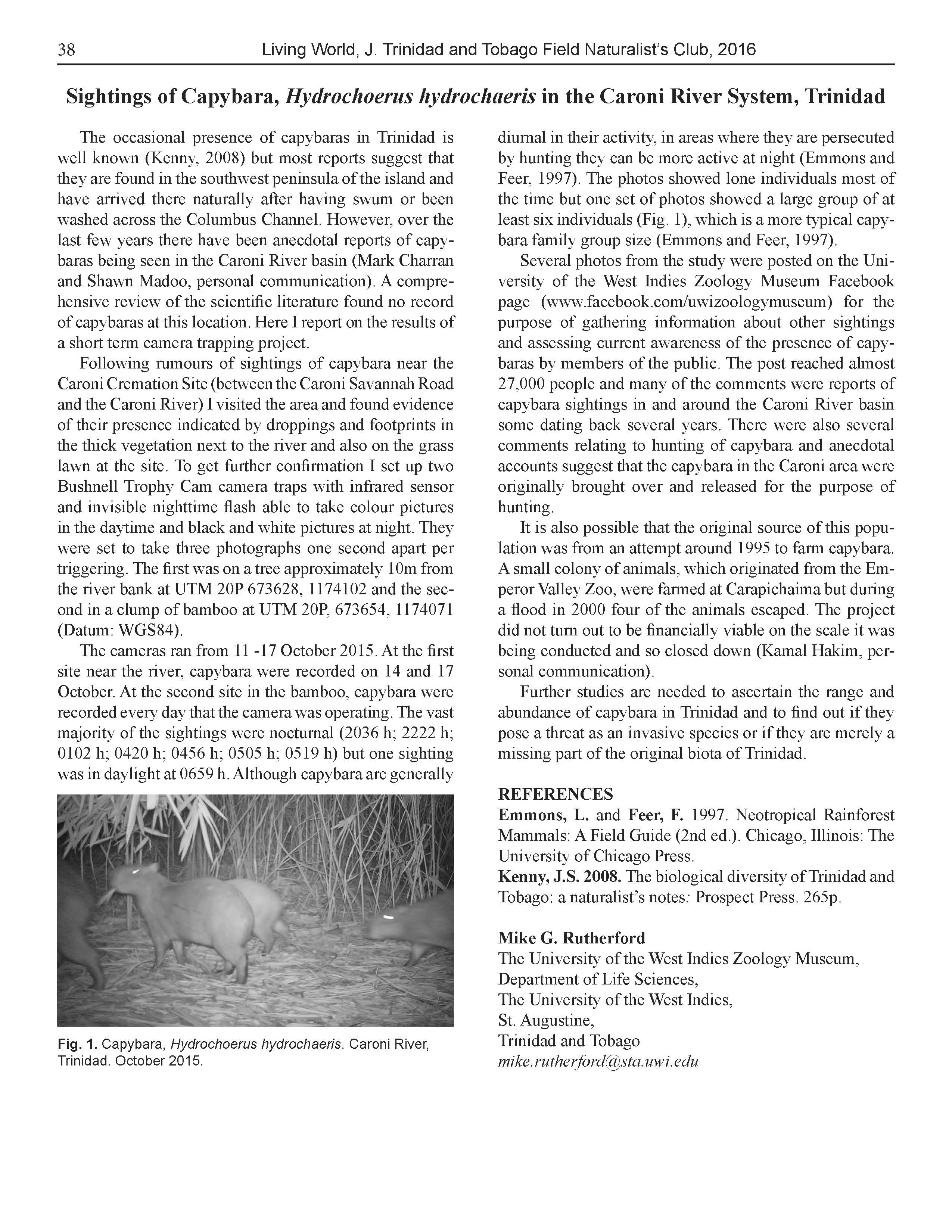