Aspects of colony composition during the founding stage of the colony cycle are described for Mischocyttarus baconi, based on 20 colonies studied in Trinidad, West Indies. About half of our colonies were founded by a single adult female, the others by up to five females. Colony growth in this stage is slow, with a high rate of failure. We found no evidence that larger founding groups build larger nests, on average. 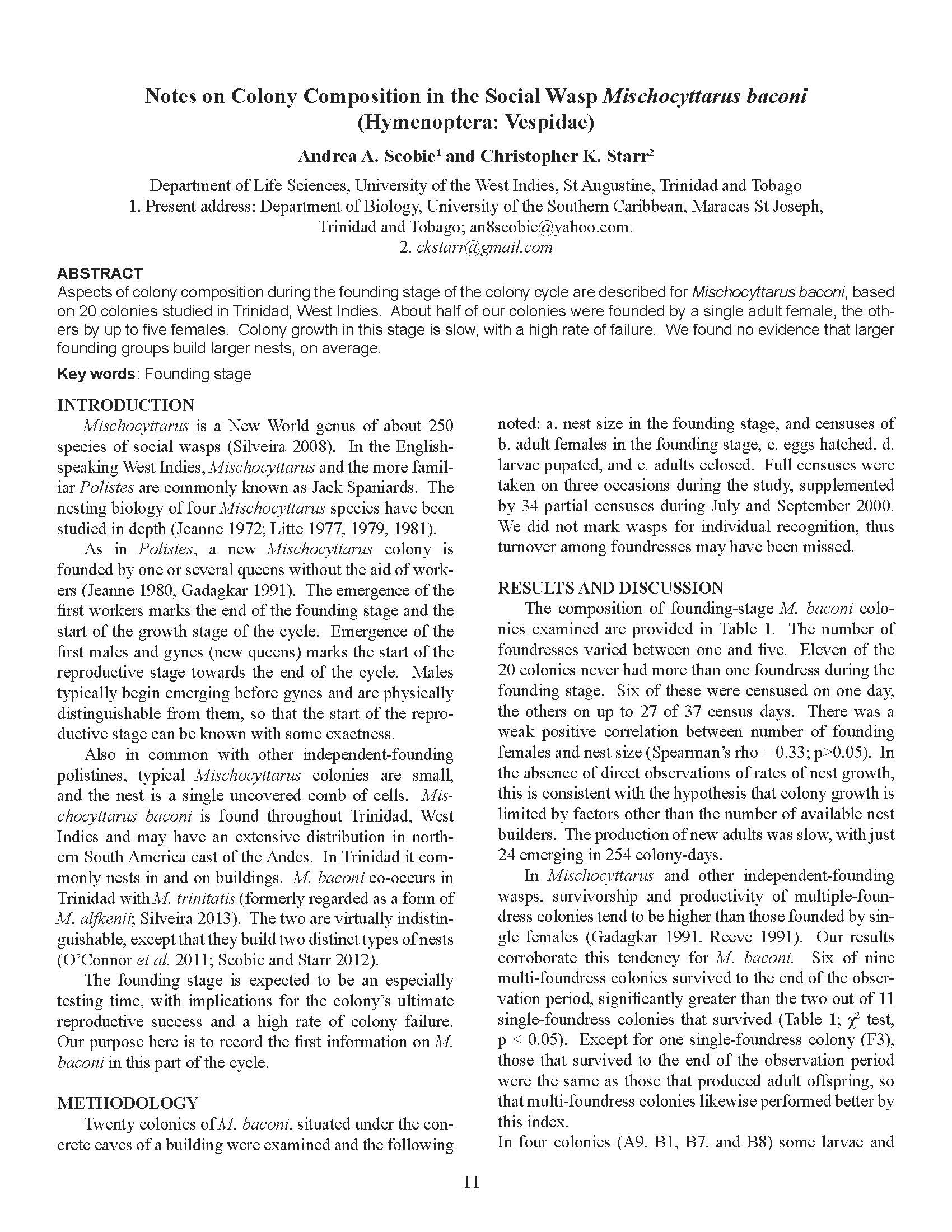