A Preliminary Survey for Spiders on St. Kitts, West Indies with Comparative Notes on Nevis

A survey of the spider fauna of the island of St. Kitts, West Indies was carried out in early 2007 and compared with those found on the neighbouring island of Nevis in 2006. Eighteen localities in 17 habitats were sampled both natural and influenced by human activities. Specimens were collected by implementing visual search and sweep-netting techniques. Spiders were also collected from the nests of the mud-dauber wasps Sceliphron sp. The survey produced 36 species in 15 families, with human influenced habitats exhibiting higher species diversity than natural habitats on both islands, and six additional species not found on Nevis. The families Araneidae and Tetragnathidae also contained a majority of the species found on both islands. 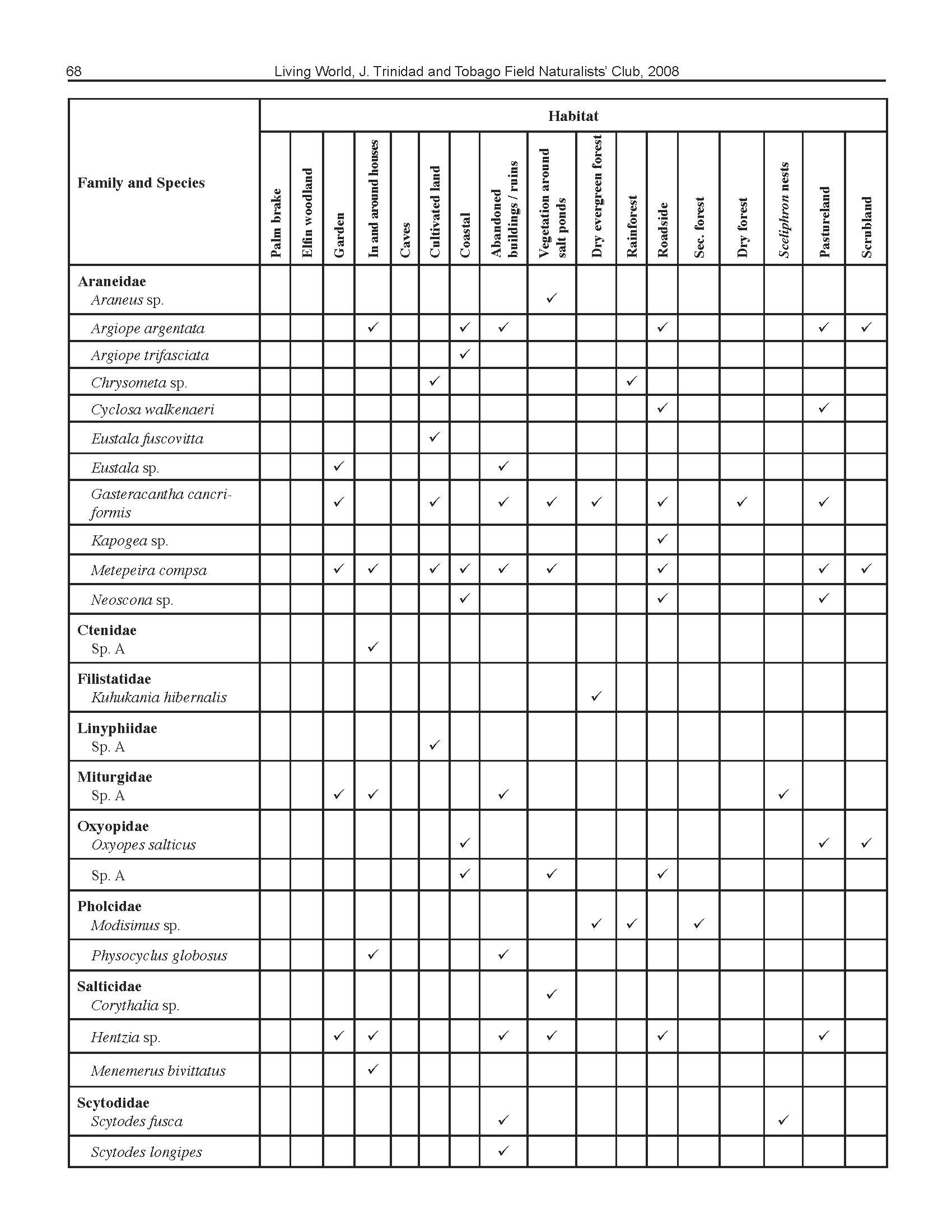