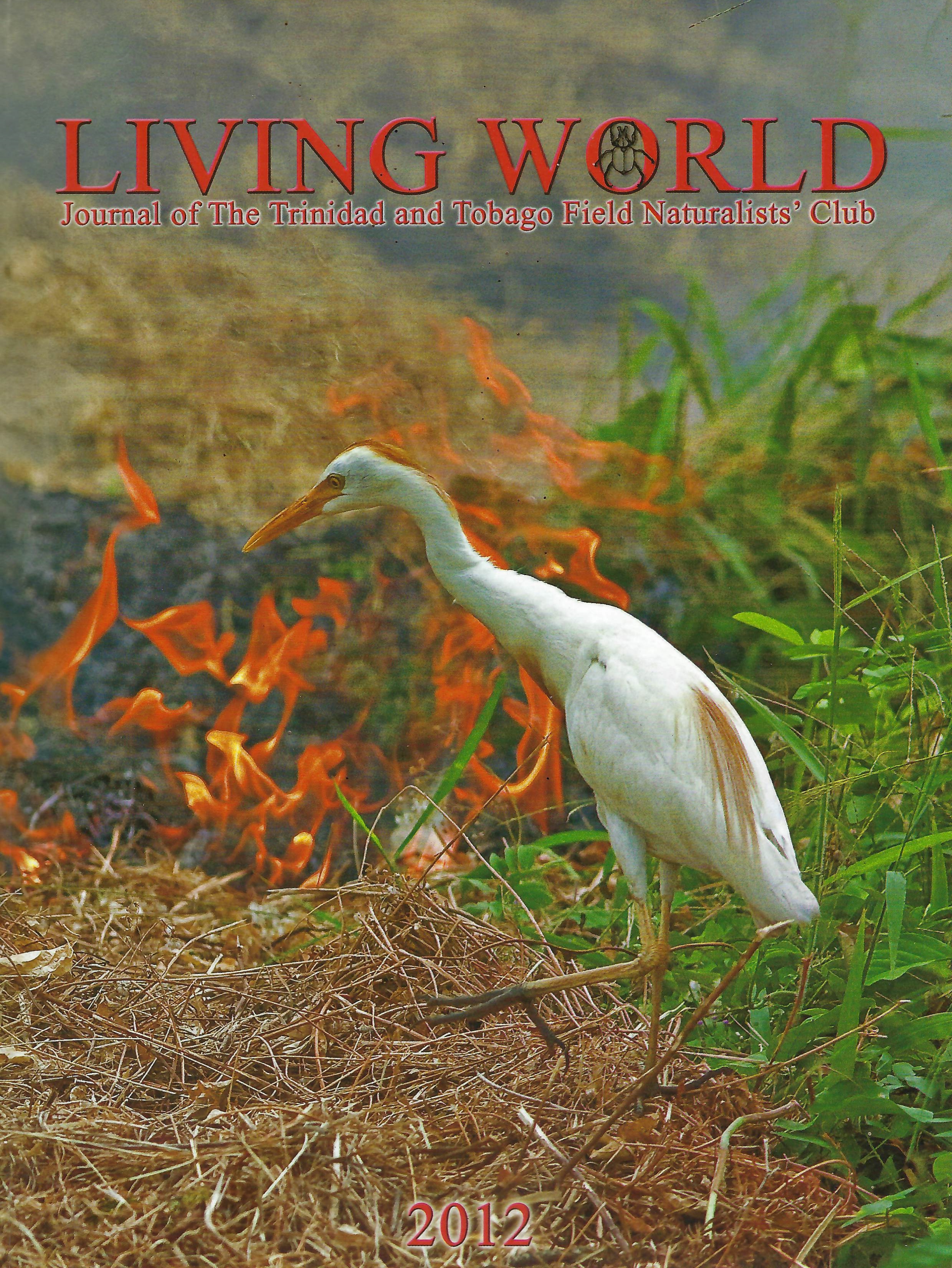 The 2012 issue of Living World is dedicated to Dr. Julian S. Kenny, former Professor of Zoology, University of the West Indies and a long-standing and influential supporter of the Journal. In this issue, we publish five Research Papers and a record thirteen Nature Notes spanning a wide range of taxa and life habits.

Cover Photograph: The success of the Cattle Egret Bubulcus ibis in Trinidad is well documented. It was first recorded in Trinidad in 1951 and reached Tobago in the early 1960s. It soon became the most abundant heron in Trinidad. Their success was in part due to their association with grazing animals.