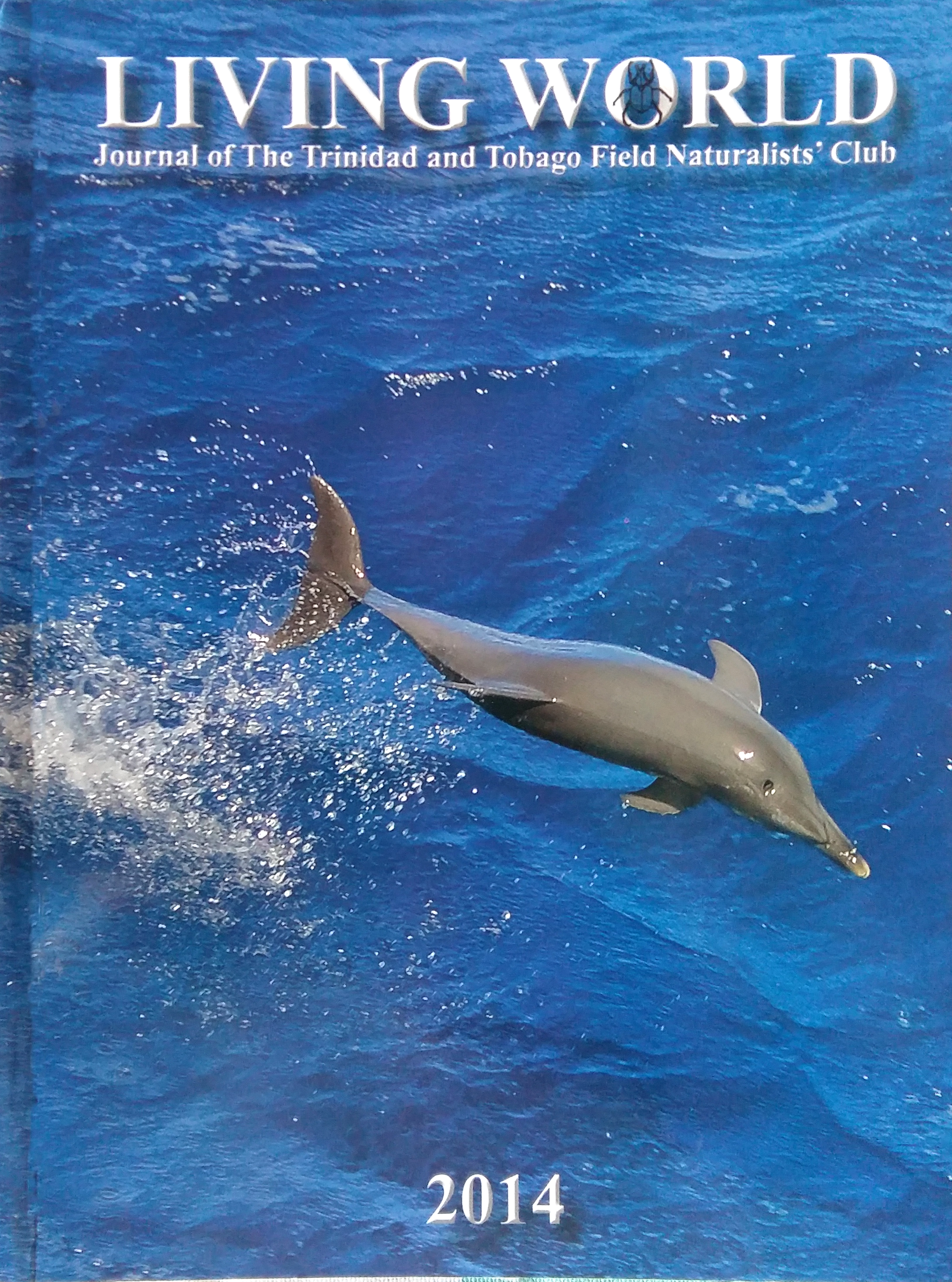 The 2014 issue of Living World represents a change in Editor and new additions to the editorial team. Dr Elisha Tikasingh has retired after 15 years serving as the Editor as described in the Editorial of the 2013 issue. This, the 2014 issue contains six research papers, eight Nature Notes, the report of the bird records committee, a review of our knowledge, or lack thereof, of Social Insects in the West Indies and two of our Notable Naturalists are highlighted.

Cover Photograph:  This Atlantic Spotted Dolphin (Stenella frontalis) was one of a group of dolphins seen off the  South East Coast of Trinidad and was photographed by Kerrie T. Naranjit. The Atlantic spotted  dolphin is one of 19 species of cetacean known to inhabit the waters around Trinidad and Tobago.  See Nature Note on page 51 which reports a sighting of this species among a large school of dolphins off the coast of Charlotteville, Tobago in 2012.