The new year began with our Annual General Meeting on 14 January where we reviewed the highlights of the year gone and some of the plans for the year to come. At this point we also held elections for the 2016 management committee and the results were as follows:

January’s field trip took us to the Cumaca Caves. Here members were able to observe the cave’s oilbird colony, look for the cave catfish and learn about the tragic events which took place here in 1964 in which two divers died while exploring the cave. 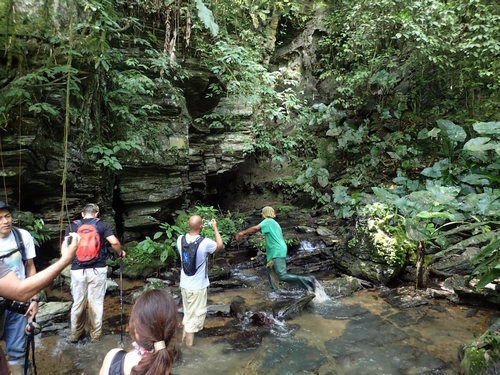 Members at the Cumaca Cave – January 2016 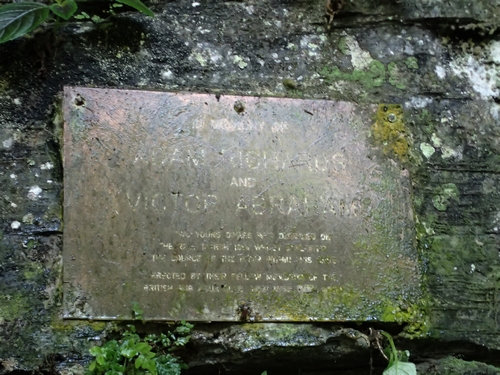 Plate at cave entrance in memory of the two divers.

The bird group was off to Chaguaramas in January for a bit of “night” birding as members looked for nocturnal species such as nightjars and owls. Paraques and tropical screech owl were reported but the rufous nightjar remained elusive.

In February we were treated to a lecture by Amy Deacon on the subject of “Human disturbance and tropical freshwater communities” which looked at the impact of human activity on the stream environment. 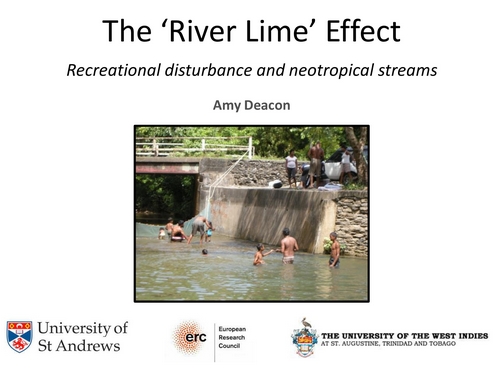 We had a large turnout for February’s trip to the L’Eau Michele mud volcano in Penal. The volcanos and the surrounding environment are fascinating, with a range of interesting plant observations. We then visited the nearby L’Eau Michele beach – a beautiful gem on the south coast. 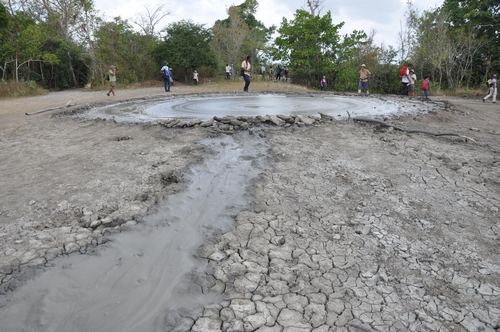 Members at L’Eau Michele in February

We mounted a display at Bishops Centenary as part of their Science, Technology, Engineering and Mathematics (STEM) programme during the month and students were able to get a taste of the marvelous biodiversity of T&T – hopefully some of them will decide to become naturalists! 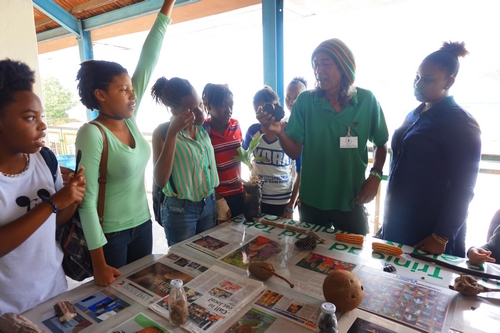 The Aripo Savanna was a recurring theme in April. We began the month with a presentation by Renoir Auguste on the reptiles and amphibians of the Aripo Savanna which highlighted the various species documented for the area. We were reminded that the potentially dangerous fer-de-lance was a relatively common species there. 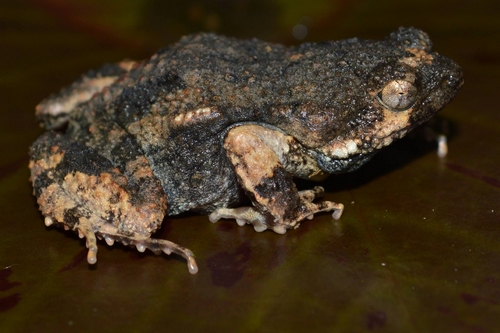 Herpetofauna of the Aripo Savannas

We would keep that in mind for later in April when we overnighted at the savannas. Members were able to explore at their leisure late into the evening with groups looking at insects and bats. More members came out the next morning to join those already there for a walk – birds, plants and the area’s historic link to World War 2 being the main attractions. 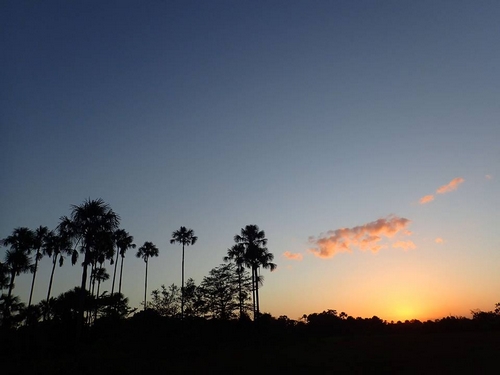 While the main trip had us in the lowlands, the bird group headed up the hills into Brasso Seco for their overnight stay. The heights offer a great vantage point for raptors and other forest birds. White Hawk, Trinidad Euphonia, and Blue-headed Parrot were just some of the highlights. 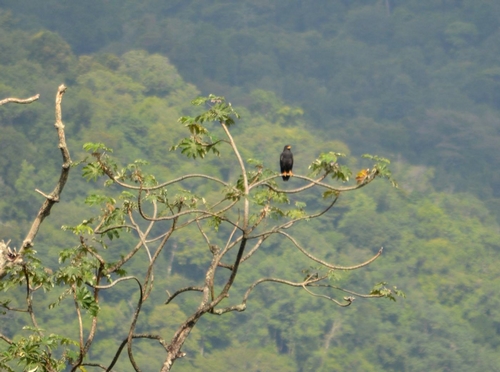 Many years ago we had a sub-group called Conservation in Action within the TTFNC, the members of which tried to take a more direct approach to environmental stewardship. As part of the Club’s celebration of its 125th Anniversary this year we are trying to resurrect the group. We needed a relatively simple exercise to allow the group to get into the groove of things so Conservation in Action had its first activity in March in the form of a beach cleanup under the guidance of the Las Cuevas Eco-Friendly Association (LCEFA). The activity took place at the end of the beach, beyond the stream, where more turtles lay. A great activity for the launch of the group! 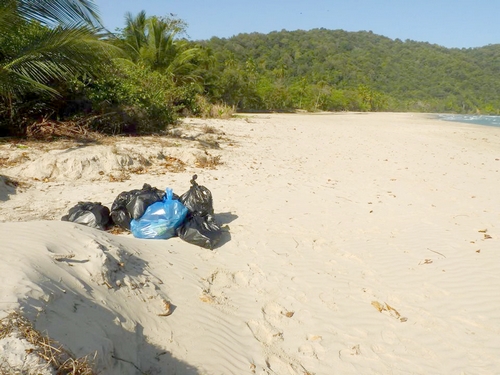